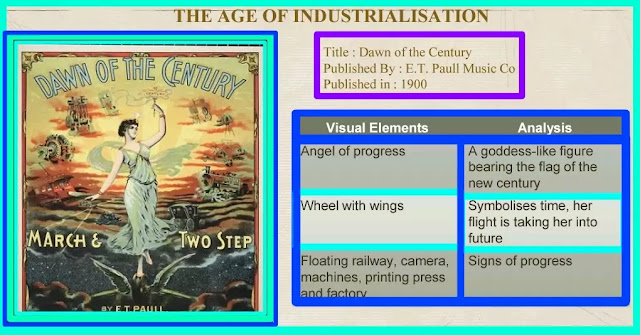 📚 chapter 4 📚
👉 The Age of Industrialisation 👈
❇️  INTRODUCTION :-
🔹 Modernisation began with the age of industrialisation in Europe.
🔹 Factories came up quickly, generating large-scale production of goods.
🔹 New inventions and innovation in technology accelerated this process:
🔹 European nations expanded their colonies and modernization also reached there.

❇️ Key Concepts :-
🔹 An association of craftsmen or merchants following same craft to protect the members interest and supervise the standard of the work.
✴️ Tanning :- Convert raw hide into leather by soaking in liquid containing tannic acid.
✴️ Food processing :- Technique of chopping and mixing food for making jam, juices, etc.
✴️ Victorian Britain :- Britain during the reign of Queen Victoria.
✴️ Brewery :- A place where beer etc. is brewed commercially. Brewing is a process of infusion, boiling and fermentation.
✴️ Vagrant :- A person without a settled home or regular work. Bourgeois. The upper middle class.
✴️ Gomastha :- An Indian word meaning an agent, a middle man between the merchant and weavers.
✴️ Stapler :- A person who staples or sorts wool according to its fiber.
❇️  The Industrial Revolution made our lives easier:
but did it make them better?
👉  The Age of Industrialization
🔹 Before the Industrial Revolution ---> Britain
🔹 Hand Labour and Steam Power ---> Britain
🔹 Industrialization in the colonies ---> India
🔹 Factories Come Up ---> India
🔹 The Peculiarities of Industrial Growth ---> India
🔹 Market for Goods ---> India
❇️ BEFORE THE INDUSTRIAL REVOLUTION :-
🔹 Prior to the Industrial Revolution, the British textile business was a true "cottage industry, with the work performed in small workshops or even homes by individual spinners, weavers and dyers.
❇️ PROTO-INDUSTRIALISATION :-
🔹 Trade Guilds were network of commercial exchange controlled by the merchants.
🔹 Merchants from towns and cities began moving to the countryside
✴️ Proto - Indicating the first or early form of something Many historians now refer to this phase of industrialisation in 17th and 18th as proto-industrialisation. 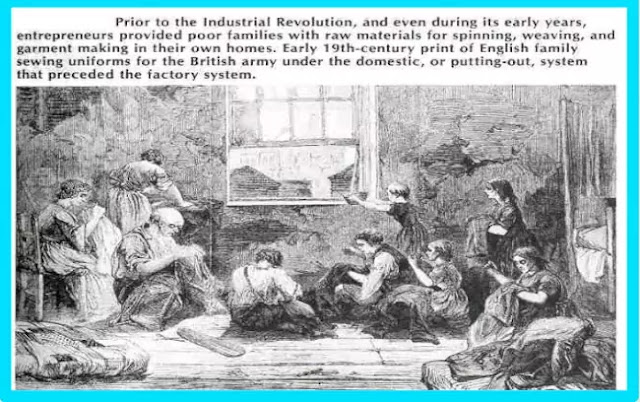 ❇️ CONDITIONS IN THE COUNTRYSIDE :-
🔹 Disappearance of open-fields and common lands led the cottagers and poor peasants to search alternative work.
🔹 Started working for the merchants to supplement for their shrinking income.
❇️  COMING UP OF FACTORIES :-
🔹 Earliest factories in England came up in 1730 s.
🔹 Cotton became the leading sector in the Ist phase of industrialization.
🔹 Rechard Arkwright inverted the cotton mill.
🔹 In 1760 Britain was importing 2.5 million pounds of raw cotton and by 1787 this import soared to 22 million pounds.
🔹 Inventions increased the output per worker.
🔹 All process were brought together under one roof and management.
🔹 This allowed a more careful supervision over the production process, a watch over quality, and the regulation of labour.
❇️  The PACE OF INDUSTRIAL CHANGE :-
✴️ FIRST : Cotton was the leading sector in the first phase of industrialisation up to the 1840s.Demand for iron and steel increased with the expansion of railways.
✴️ SECOND : Traditional industries could not be easily replaced by the new technology. Only 20% people were employed in factories.
✴️ THIRD : Slow technological changes due to high cost of machines were the basis of growth in many non-mechanised sectors.
✴️ Fourth : technological changes occurred slowly.
❇️ HAND LABOUR AND STEAM POWER :-
🔹 Cheap labour preferred over high cost machines.
🔹 In many industries the demand for labour was seasonal.
🔹 Industrialists did not want to introduce machines that got rid of human labour as it required large capital investment.
❇️ Hand labour was preferred :-
🔹 Preference to manual labour.
🔹 Labour needed to make designs and shapes of goods which was impossīble through machines.
🔹 In Victorian Britain hand made products were preferred by aristocrats and bourgeoisie.
🔹In USA with labour shortage, industrialists were keen on using mechanical power during 19th Century.
❇️ LIFE OF WORKERS :-
🔹Large scale migration to cities in search of jobs.
🔹 Job seekers had to wait weeks, spending nights on road. Workers became jobless after season of work get over. O Fear of unemployment made workers hostile to the introduction of new technology.
👉 After the 1840s, building activity intensified in the cities.
👉 The number of workers employed in the transport industry doubled in the 1840s, and doubled again in the subsequent 30 years.
👉 From the 1850s railway stations began coming up all over London.

❇️  INDUSTRIALISATION IN THE COLONIES-INDIA :-

🔹 India held a global monopoly over the manufacturing of cotton textiles for about 3,000 years - from 1500 B.C. to 1500 A.D.
🔹 India is the world's largest producer of cotton currently.
🔹 Cotton is grown on 2.5% of the world's arable land.
🔹 Under the Mughal Empire Indian cotton production increased.
❇️  THE AGE OF INDIAN TEXTILES :-
🔹 Silk and Cotton goods from India dominated the international textile market.
🔹 Afghanistan , Eastern Persia and Central Asia bought finer cottons from India.
🔹 India was connected to the Gulf and the Red sea ports by Surat in Gujarat. Masulipatam on the Coromandel coast and Hooghly in Bengal had trade links with Southeast Asian ports.

❇️  CONDITION OF WEAVERS :-
🔹 The consolidation of East India Company power after the 1760s did not lead to a decline in textile exports from India.
🔹 The French, Dutch, Portuguese as well as the local traders competed in the market to secure woven cloth.
🔹 EIC develop a system of management and control that would eliminate competition, control costs, and ensure regular supplies of cotton and silk goods.

❇️ OUTCOMES :-
🔹 As demand of cotton was high, farmers eagerly took loan hoping to earm more.
🔹 Entire family engaged in different processes.
🔹 Weavers lost the space to bargain for prices and got trapped in cycle of loans.
🔹 Weavers were beaten and flogged by Sepoys.
❇️ MANCHESTER COMES TO INDIA :-
🔹 In Britain government imposed heavy import duties on cotton textiles.
🔹 Machine-made textiles from Manchester started flooding the markets. ( 1850 31 % imports from Manchester came to India later in 1870 50 % goods imported )
🔹 Imported cotton goods were very cheap tough competition for weavers.
🔹 Cottonopolis was a 19th-century nickname for Manchester, as it was a metropolis and the centre of the cotton industry.
❇️ FACTORIES IN INDIA :-
🔹 1854 First Cotton mill in Bombay.
🔹 1855- First Jute Mill in Bengal; another in 1862 1860s- Elgin mill in Kanpur.
🔹 1861- First Cotton Mill in Ahmedabad
🔹 1874 - First spinning and weaving mill in Madras.
❇️  THE EARLY ENTREPRENEURS :-
🔹 Dwarkanath Tagore in Bengal involved in trade with China set up six joint-stock companies in the 1830s and 1840s.
🔹 Dinshaw Petit and Jamsetjee Nusserwanjee Tata built huge industrial empires in India.
🔹 Seth Hukumchand, a marwari businessman set up first Indian Jute Mill in Calcutta in 1917.
❇️  Problem faced by Entrepreneurs :-
🔹 As colonial control over Indian trade tightened were barred from trading with Europe in manufactured goods, and had to export mostly raw materials and food grains - raw cotton, opium, wheat and indigo required By the British.
🔹 European Managing Agencies - Bird Heiglers & Co., Andrew Yule, and Jardine Skinner & Co. mobilised capital, set up joint-stock companies and managed them.
🔹 The European merchant-industrialists had their own chambers of commerce which Indian businessmen were not allowed to join. 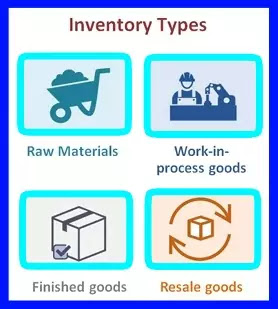 ❇️  AVAILABILITY OF WORKERS :-
👉 1901 - 584,000 workers
👉 1946 - 2.436,000. workers
🔹  50% Workers in Bombay cotton industries came from neighboring district of Ratnagiri.
🔹 Workers in Kanpur mills came from nearby district.
🔹 Numbers jobseekers >>> Jobs available.
🔹 Industrialists usually employed a jobber to get new recruits.
🔹 3 W's-Wages, Working Hours, Working Condition.
❇️  THE PECULIARITIES OF INDUSTRIAL GROWTH :-
✴️ Earlier :-
Small Scale Industries
🔹 European agencies established Tea and Coffee plantations, invested in mining .
🔹 Indian businessmen avoided competition with Manchester goods. Eg. The early cotton mills in India produced coarse cotton yam (thread) rather than fabric
✴️ Later :-
🔹 Cotton piecegoods production in India doubled between 1900 and 1912 because of swadeshi movement.
🔹 First world war created a new situation.
🔹 Manchester imports into India declined.
🔹 Indian factories were called upon to supply war needs.
❇️  SMALL SCALE INDUSTRIES :-
🔹 Most of the workers worked in small workshops and household units
🔹 Technological changes and other small innovations made the handloom cloth production rise.
🔹 In the twentieth century, handloom cloth production expanded steadily: almost trebling between 1900 and 1940.
🔹 This was partly because of technological changes.
🔹 So, by the second decade of the twentieth century we find weavers using looms with a fly shuttle. This increased productivity per worker, speeded up production and reduced labour demand.
🔹  By 1941, over 35 per cent of handlooms in India were fitted with fly shuttles: in regions like Travancore, Madras, Mysore, Cochin, Bengal the proportion was 70 to 80 %.

❇️ Market for goods :-
Advertisements helps in creating new consumers.
🔹 When Manchester industrialists began selling cloth in India, they put labels on the cloth bundles, to make the place of manufacture and the name of the company familiar to the buyer. When buyers saw 'Made in Manchester', written in bold on the label, they felt confident to buy the cloth.
🔹 The labels carried images and were beautifully illustrated with images of Indian gods and goddesses. The printed image of Krishna or Saraswati was also intended to make the manufacture from a foreign land, appear familiar to Indians.
🔹 Manufacturers also printed calendars to popularize their products.
🔹When Indian manufacturers advertised, the nationalist message was clear and loud. If you care for the nation,. then buy only 'Indian' products. Advertisements became a vehicle of the nationalist message of Swadeshi.