🔹 Diversity is the presence of different organisms in the same ecosystem or geographical location.

🔹 Diversity gives a chance for a more balanced ecosystem.

🔹 It is a branch of biology which deals with identification, nomenclature, and classification of organisms.

🔹 ( Carolus Linnaeus is called the father of Taxonomy )

🔹 The method of arranging organisms into groups or sets on the basis of similarities and differences is called classification.

🔹 Evolution is the slow process by which the organisms change according to the needs to survive the environment around them.

🔹 It makes the study of wide variety of organisms easy and in systematic manner.

🔹 It helps to understand how the different organisms have evolved with time.

🔹 It helps to understand the relationships between different groups of organisms.

🔹 It forms a base for the study of other biological sciences, like biogeography.

🔹 There are the certain features or properties used for the classification of living organisms which are known as characteristics.

🔹 Organisms with same characteristics are placed in same groups.

🔹 Linnaeus proposed a classification system by arranging organisms into taxonomic groups at different levels according to the characteristics they have.

🔹 a) Prokaryotic cells: These are primitive incomplete cells without well-defined nucleus.

🔹 b) Eukaryotic cells: These are advanced and complete and cells with well defined nucleus.

🔹 a) Unicellular organisms: These are organisms made up of single cell with all activities performed by the single cell.

🔹 b) Multicellular organisms: These are organisms made up of large number of cells with different functions performed by different cells.

🔹 a) Autotrophs: These are the organisms that make their own food by photosynthesis.

🔹 b) Heterotrophs: These are the organisms which depend on other organisms for food.

✳️Nomenclature:- An organism can have different names in different languages. This creates confusion in naming organism. A scientific name is needed which is same in all languages. Binomial nomenclature system given by Carolus Linnaeus is used naming different organisms.

✳️Following are some conventions in writing the scientific names:-

🔹 1. Genus should be written followed by the species.

🔹 2. First letter of the genus should be capital and that of the species should be in small letter.

🔹 3. When printed the name should be written in italics and when written with hands genus and species should underlined separately.

🔹 (iii) Body: Some organisms use pseudopodia or cilia or flagella for movement

🔹 (iii) Body: Fungus is made up of long filaments called hyphae. The network of hyphae is mycelium.

👉 Phanerogam:- Plants with seeds are called phanerogam. They contains embryo with stored food and are multicellular.

👉 Cryotogam:- Plants with spores are called cryptogam. They contains only naked embryo and are generally unicellular

👉 Gymnosperms:- These are plants with naked seeds and do not bear flowers. These types of plants are perennial, evergreen and woody. Example- Pinus, Cycus etc.

👉 Angiosperms:- These are plants with seeds inside the fruit and bears flowers. Embryos in seed have structure called cotyledons.

🔹 Angiosperms are further divided on the basis of number of cotyledons into two parts i.e., Monocots and Dicots. 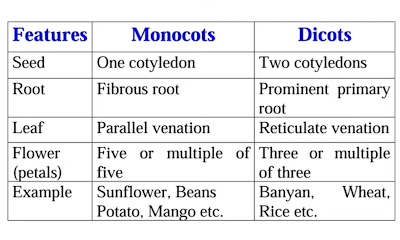 👉 Taxonomy:- Taxonomy is a branch of biology which deals with identification, nomenclature and classification of organisms.

🔹 Vertebrata:- Vertebrata are those animals which have have a chord like structure (vertebral column present in their body).

🔹 They are fishes living in water.

🔹 Their skin is covered with scales or plates.

🔹 They are cold blooded and their heart has only two chambers.

🔹 They lay eggs from which the young ones hatch out 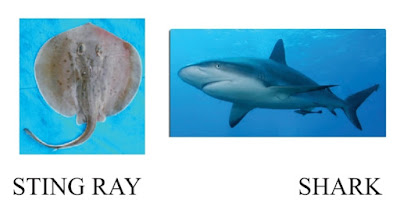 🔹 They are found in land and water.

🔹 They are cold blooded and the heart is three chambered.

🔹 Respiration is through gills or lungs.

🔹 They lay eggs in water.

🔹 They have scales and breathe through lungs.

🔹 They are cold blooded.

🔹 They lay eggs with hard covering in water.

🔹 They are warm blooded animals.

🔹 They have four chambered heart.

🔹 They breathe through lungs.

🔹 They have an outer covering of feathers.

🔹 Their two fore limbs are modified into wings for flying.

🔹 They are warm blooded animals.

🔹 They have four chambered heart.

🔹 They have mammary glands for production of milk to nourish their young ones.

🔹 The skin has hairs and sweat glands. Most of them give birth to their young ones.

🔹 Some of them lay eggs (like Platypus and Echidna).