👉 Matter in Our  Surroundings 👈

✔ Topics in the Chapter

🔹All five states of matter & their behaviour

🔹Enter conversion of states of matter

🔹Anything that occupies space and has mass and is felt by senses is called matter.

🔹According to indian ancient philosphor, matter is the form of five basic elements (the Panchtatva) - air , earth,fire , sky and water.

✳️ Characteristics of Particles of Matter :-

🔹 Made of tiny particles.

🔹Particles are in continuous motion.

🔹Particles are held together by forces of attraction.

✳️ States of Matter Basis of Classification of Types :-

🔹Based upon particle arrangement

🔹Based upon energy of particles

🔹Based upon distance between particles

🔹High density and do not diffuse. 🔹Not fixed shape but fixed volume and mass.

🔹Density is lower than solids and can diffuse.

🔹Inter particle forces of attraction are weaker than solids. 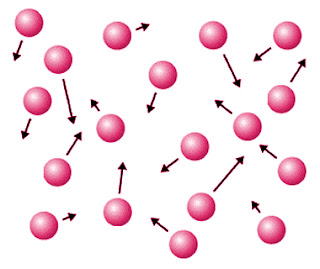 🔹Neither fixed shape nor fixed volume.

🔹Density is least and diffuse.

🔹Constituent particles are free to move about. 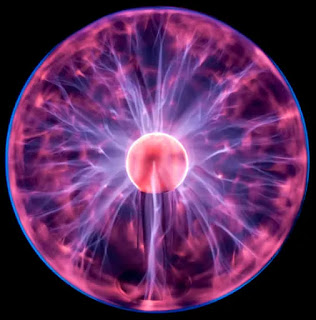 🔹A plasma is an ionized gas.

🔹A plasma is a very good conductor of electricity and is affected by magnetic fields. 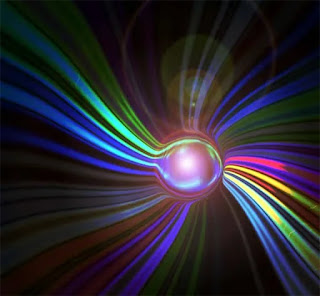 🔹A BEC is a state of matter that can arise at very low temperatures.

🔹The scientists who worked with the Bose- Einstein condensate received a Nobel Prize for their work in 1995.

🔹The BEC is all about molecules that are really close to each other (even closer than atoms in a solid).

🔹Solids have a definite shape and a definite volume because the particles are locked into place.

🔹Solids do not flow easily because the particles cannot move/slide past one another.

🔹Solids are not easily compressible because there is little free space between particles.

🔹Liquids are not easily compressible and have a definite volume because there is little free space between particles.

🔹Liquids flow easily because the particles can move/slide past one another.

🔹Liquids flow easily because the particles can move/slide past one another.

🔹Gases flow very easily because the particles randomly move past one another.

🔹Plasmas are easily compressible because there is a great deal of free space between particles.

🔹Plasmas are good conductors of electricity &are affected by magnetic fields because they are composed of lens.

🔹Particles are less energetic than solids because Exist at very low temperature.

🔹Particles are literally indistinguishable because they are locked into same space.

🔹BEC shows super fluidity because Particles can flow without friction.

✳️ Interchange in states of matter :-

🔷 Water can exist in three states of matter -

🔹Liquid, as the familiar water, and

✳️ Effect of change in temperature  :-

The temperature effect on heating a solid varies depending on the nature of the solid & the conditions required in bringing the change.

🔹On increasing the temperature of solids, the kinetic energy of the particles increases which overcomes the forces of attraction between the particles thereby solid melts and is converted to a liquid.

🔹The temperature at which a solid melts to become a liquid at the atmospheric pressure is called its melting point.

🔹The process of melting, that is, change of solid state into liquid state is also known as fusion.

✳️ Effect of Change of Pressure  :-

🔹 Increasing or decreasing the pressure can change the state of matter. Applying pressure and reducing temperature can liquefy gases.

🔹Solid carbon dioxide (CO2) is stored under high pressure. Solid CO2 gets converted directly to gaseous state on decrease of pressure to 1 atmosphere without coming into liquid state. This is the reason that solid carbon dioxide is also known as dry ice.

🔹The hidden heat which breaks the force of attraction between the molecules during change of state. Fusion Heat energy required to change 1kg of solid into liquid.

🔹Vaporisation Heat energy required to change 1kg of liquid to gas at atmospheric pressure at its boiling point.

🔹Thus, we can say that pressure and temperature determine the state of a substance, whether it will be solid, liquid or gas.

🔹Particles of matter are always moving and are never at rest.

🔹At a given temperature in any gas, liquid or solid, there are particles with different amounts of kinetic energy.

🔹In the case of liquids, a small fraction of particles at the surface, having higher kinetic energy, is able to break away from the forces of attraction of other particles and gets converted into vapour.

🔹This phenomenon of change of a liquid into vapours at any temperature below its boiling point is called evaporation.

🔹The rate of evaporation increases with an increase of surface area.

🔹With the increase of temperature, more number of particles get enough kinetic energy to go into the vapour state.

🔹Wind speed : the higher the wind speed, the more evaporation.

🔹The particles of liquid absorb energy from the surrounding to regain the energy lost during evaporation,

🔹Boiling is a bulk phenomenon. Particles from the bulk (whole) of the liquid change into vapour state.

🔹Evaporation is a surface phenomenon. Particles from the surface gain enough energy to overcome the forces of attraction present in the liquid and change into the vapour state.

🔹Atmosphere (atm) is a unit of measuring pressure exerted by a gas. The SI unit of pressure is Pascal (Pa):