Maths Formulas – Trigonometric Ratios and identities are very useful and learning the below formulae help in solving the problems better.

Trigonometry is the study of relationships that deal with angles, lengths and heights of triangles and relations between different parts of circles and other geometrical figures. Applications of trigonometry are also found in engineering, astronomy, Physics and architectural design.

Trigonometric Ratio is known for the relationship between the measurement of the angles and the length of the side of the right triangle.

Now let us start with the basic formulas of trigonometry and see the basic relationships on which the whole concept is based on.

In a right-angled triangle, we have Hypotenuse, Base and Perpendicular. The longest side is known as the hypotenuse, the other side which is opposite to the angle is Perpendicular and the third side is Base. The six trigonometric functions are sine, cosine, secant, cosecant, tangent and cotangent. So now all the trigonometric ratios are based on the lengths of these lengths of the side of the triangle and the angle of the triangle.

The Trigonometric properties are given below: 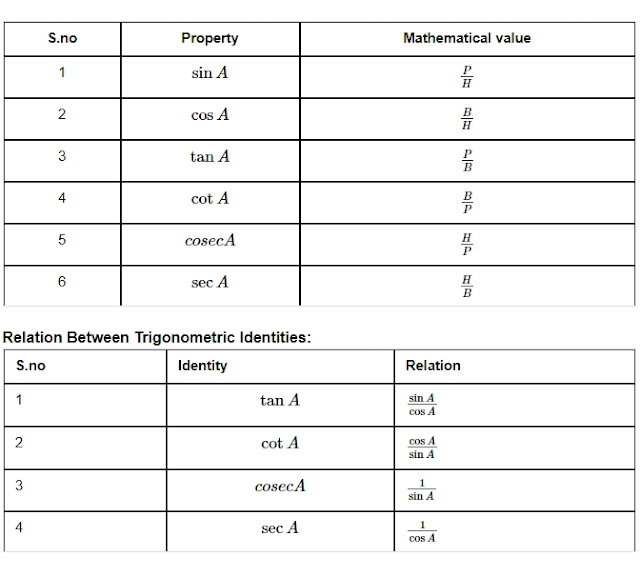 The reciprocal relationships between different ratios can be listed as:

The basic trigonometric identities based on the Pythagoras Theorem are listed here. You can use the basic definition and Pythagoras theorem to prove these. 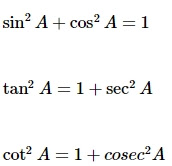 The basic concept of trigonometry is based on the repetition of the values of sine, cos and tan after 360⁰ due to their periodic nature. 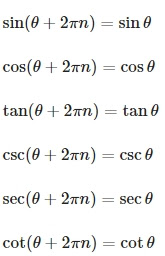 If the angles are given in any of the four quadrants then the angle can be reduced to the equivalent first quadrant by changing signs and trigonometric ratios: 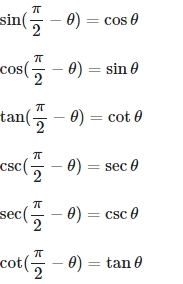 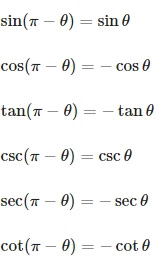 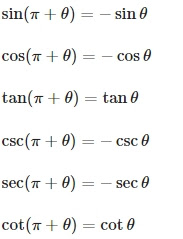 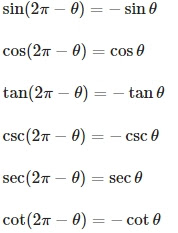 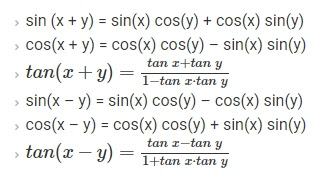 Now using the above equations, we can get the half angle relations by putting x = x/2 and using all the identities we can derive the following:

The trigonometric equations can also be related to complex numbers and through the following relations:

Now let us talk about inverse trigonometric relations. They are sometimes denoted with a -1 in the superscript of the trigonometric ratios and sometimes also denoted using arc as a prefix, for example, sin-1, cos-1, arctan etc.

They have their own properties and though they are periodic like sine, cos, tan they have a convention while solving problems:

And they have relations with trigonometric functions as listed below:

Their other properties include: